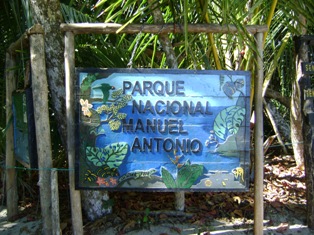 Manuel Antonio is a National Park located on the Pacific Coast.  There you will see some of the most beautiful beaches you have ever seen as well as a variety of wild animals. The town is located on a Public Beach and the streets are lined with vendors selling an assortment of jewelry and clothing.  When we first arrived we hit the public beach and soon found access to the national park by boat.

That day we visited the first beach located inside the park.  From the lush landscape and cliffs to the crystal clear water it was almost surreal.  It was an unexplainable feeling, and as I floated in the water looking at the landscape I could not believe I was actually there. 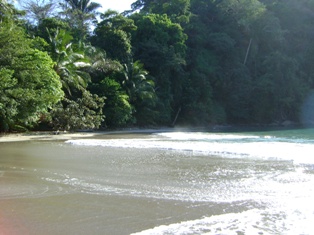 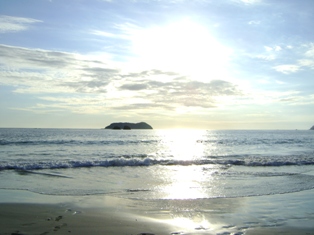 The second day we were there we entered the park through the entrance and immediately started to see the wildlife.

The first beach was as beautiful as the beach we saw the day before.  It was as if we were in a lagoon. We spent the first half of the day swimming and exploring the rocks. 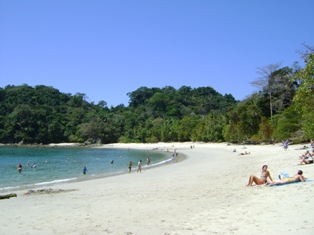 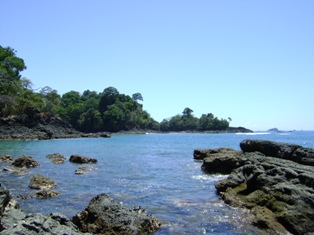 The second half of the day we visited the third beach, and there is where I had my first monkey experience. 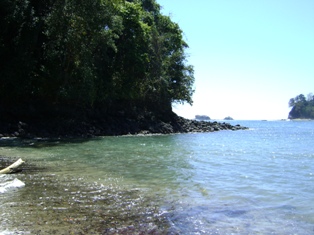 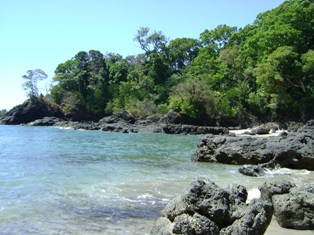 Alex and I were swimming.  As we were coming in I noticed the trees were moving.  I asked Alex if she thought it was the wind or something in it.  Sure enough a monkey jumped onto the beach and ran up to my friend Gabriel who was sitting on the shore.  He got into her purse and started taking things out.  When we finally got him away he ended up stealing her Kleenex....it was so funny but they are believe it or not very aggressive. If you look closely you can see it in the picture.  At that time about 8 more monkeys followed the first and soon they were all just chilling in the trees right in front of us.  We could almost reach out and touch them.  It was breathtaking and I couldn’t at the moment believe it was happening.  They stayed with us for a good 15 minuets before they went back up in the trees.  The pictures are incredible.  And to seal the deal if you look closely at the monkey on the right you will see a baby poking his head up over his mama. 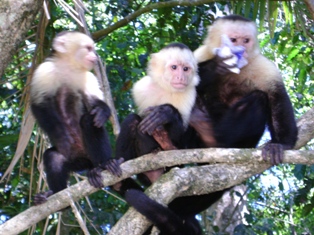 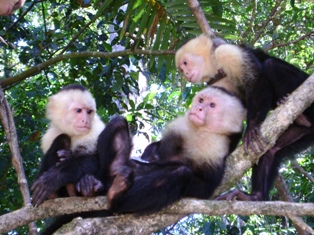 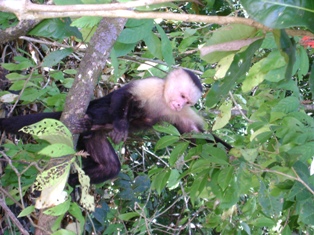 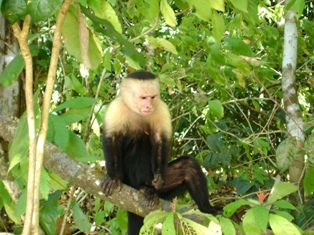 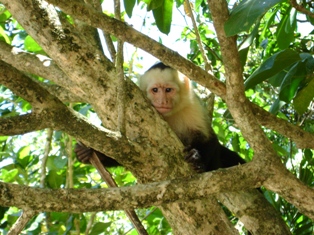 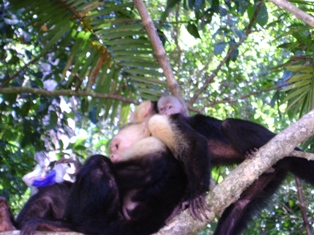 There is no other way to explain it but beautiful.... 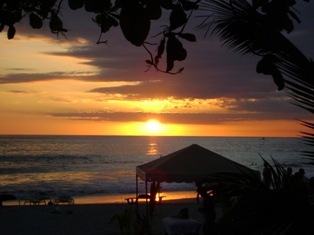 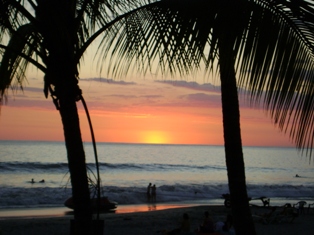